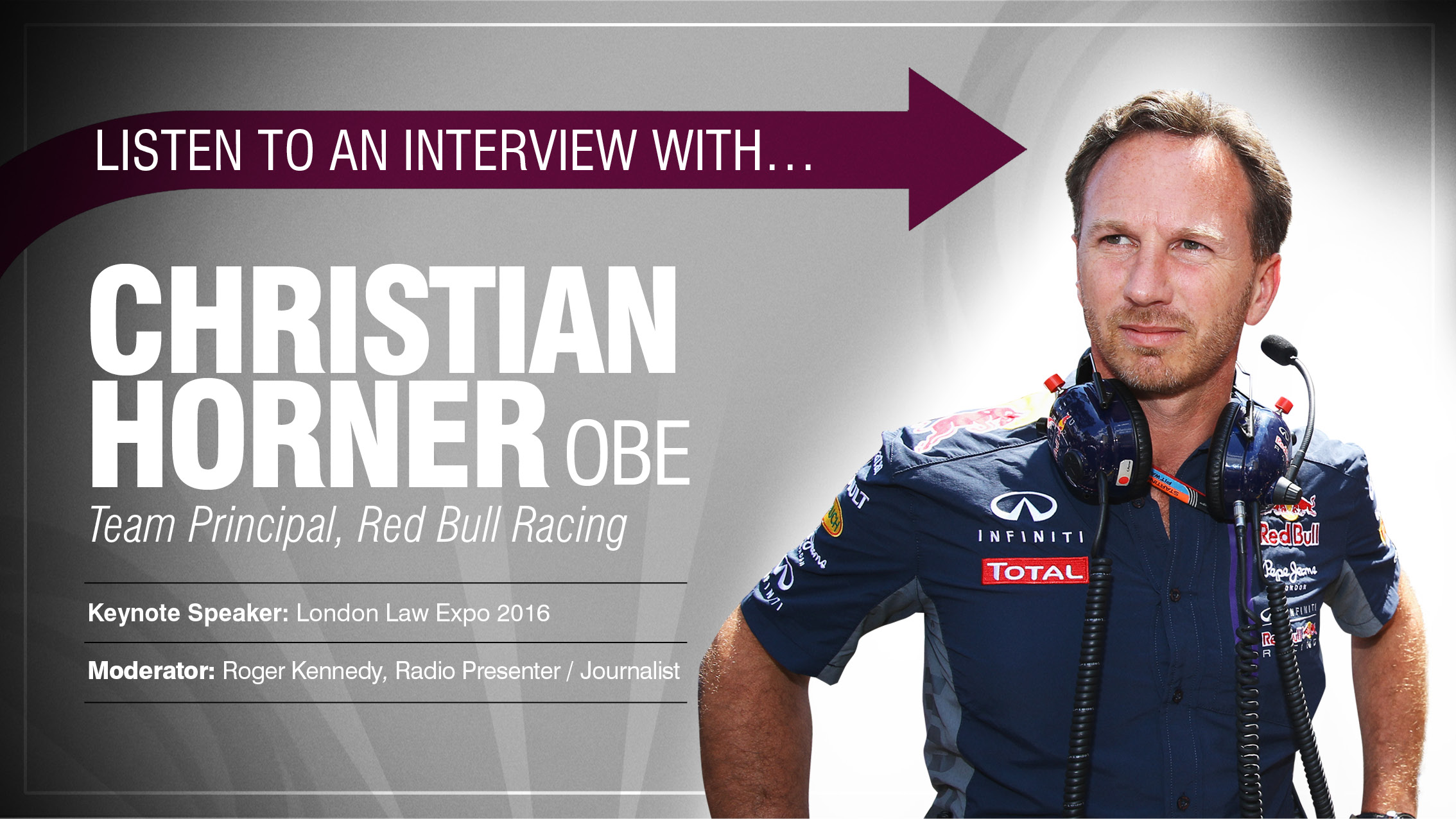 In an exclusive interview ahead of his keynote presentation, Christian discusses:

The 2016 Keynote presentation will evaluate the need to re-energise, re-establish and re-invent management, for overall team performance and operational success.

Formula One is a fast-moving sport – in every aspect. Not just in the micro-seconds that teams pursue in the quest for on-track superiority but also off-track, in the battle to build and maintain the best squad, to best exploit the potential that lies within that team and to direct that effort towards success.

For more than a decade that task has fallen to Team Principal Christian Horner and during that time he has made it his goal to carefully assemble a team of like-minded, hard-working and passionately committed designers, engineers, fabricators, mechanics, and racers to take what, in 2005, was a struggling mid-ranking F1 outfit to the top of the sport.

For Horner, the process is deceptively simple. “It’s all about empowerment,” he insists. “You hire people you think are the very best at what they do and you have to trust them to do that job to the best of their ability. If people are invested in what they do, in their contribution to building something then the rewards will come.”