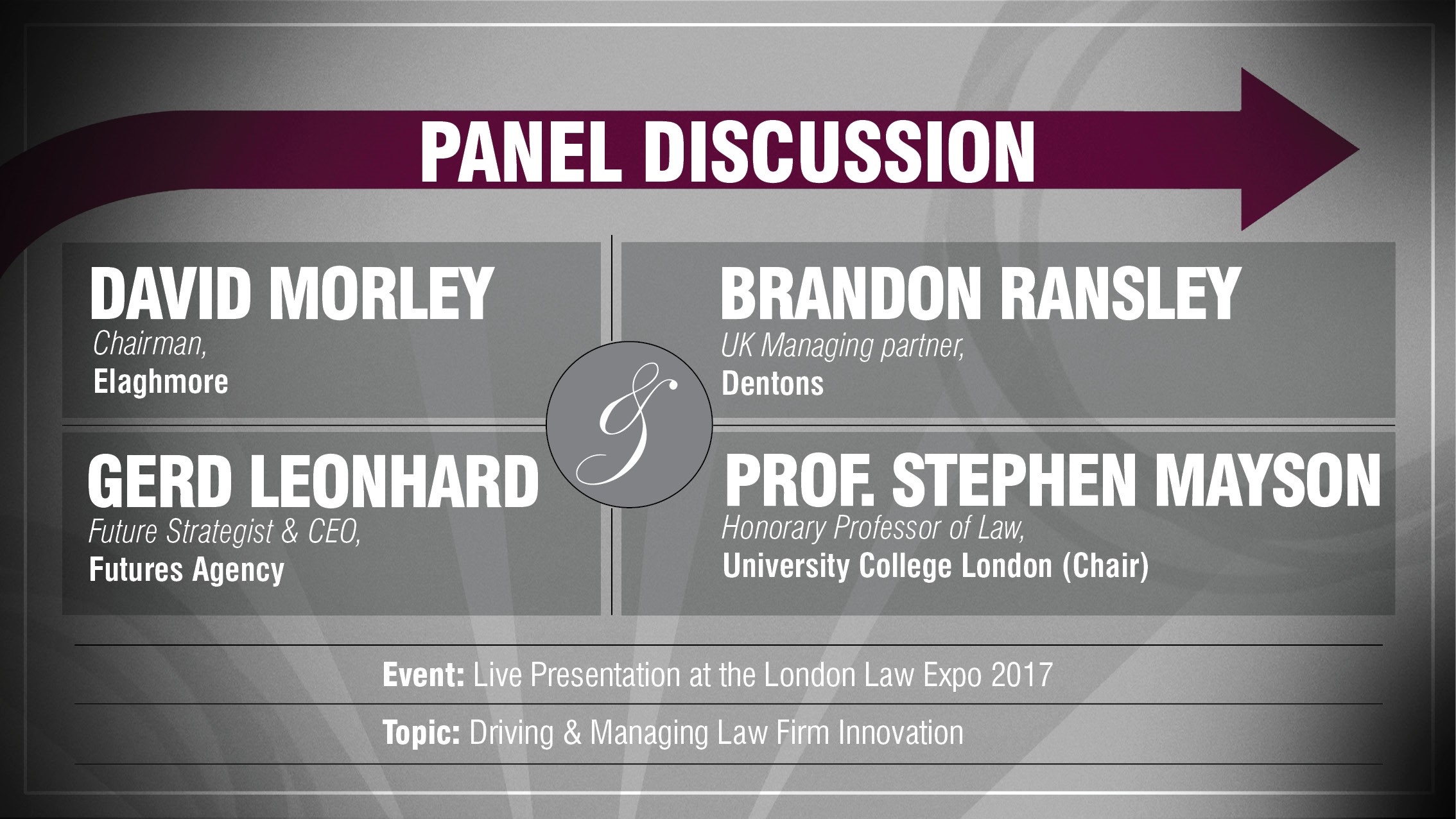 Known for his collaborative, personable and imaginative style, David has a track record of innovation and profitable growth. In 2012 he was named by the Times newspaper as one of the 10 most influential lawyers in the UK. In 2015 he won the FT Innovative Lawyers Special Achievement award.

Brandon Ransley is the UK Managing Partner of Dentons having been in the role since 1 December 2010.  As such, working closely with the CEO for the UK & Middle East offices he is responsible for the implementation of the firm’s strategy in the UK.  He is chairman of the Regional Management Committee for the UK & ME region, on the UK & ME Board and a member of the Global Advisory Committee.  Over the last seven years Dentons has seen significant growth and change in its business and now is the largest global law firm in terms of the number of lawyers and has recently announced the merger with leading Scottish firm Maclay Murray & Spens.

Dentons has a reputation for innovation and change in the legal world having established, in 2015, NextLaw Labs, the innovation arm of Dentons as an accelerator and investor in early stage technology start-ups in the legal sector focused on supporting and developing products that help lawyers work better and faster while delivering greater value to clients.

Gerd Leonhard is a widely-known and top-rated futurist, with over 1500 engagements in 50+ countries since 2004 and a combined audience of over 1 million people. Gerd focusses on near-future, ‘nowist’ observations and actionable foresights in the sectors of humanity, society, business and commerce, media, technology and communications.

Gerd is also an influential author, a sought-after executive ‘future trainer’ and a trusted strategic advisor. He is the co-author of the best-selling book The Future of Music and the author of 5 other books including ‘The Humanity Challenge’ (June 2016). Gerd is also the host of the web-TV series TheFutureShow and the CEO of TheFuturesAgency, a global network of over 30 leading futurists.

Gerd is considered a leading voice on a wide range of topics including digital transformation and the opportunity-challenges of the coming exponential society, a sustainable business and cultural ecology, social media and communications, TV / film, radio and broadcasting futures, mobile content and commerce, innovation, leadership and entrepreneurship, ‘hard-future’ consumer trends, human-machine futures and AI, cognitive computing, the IoT, big data and automation, next-generation advertising, marketing and branding, as well as sustainability and related ‘green future’ topics. In 2006, The Wall Street Journal called Gerd ‘one of the leading Media Futurists in the World’. In 2015, Wired Magazine listed Gerd as #88 of the top 100 influencers in Europe. He’s #21 on the global list of futurists.

Gerd’s background is in the music business; in 1985 he won Berklee College’s ‘Quincy Jones Award’ and subsequently spent 12 years working as a professional guitarist, composer and producer. He then caught the Internet-bug and became a digital music & media entrepreneur, serving as Founder / CEO of several Internet start-ups, based in San Francisco. In 2002, following the .com meltdown and the 9/11 crisis, Gerd returned to Europe and discovered his new calling as a futurist.

Gerd is a fellow of the Royal Society for the Arts (London) and a member of the World Future Society. A native German, Gerd resides in Basel, Switzerland, and maintains an office in San Francisco.