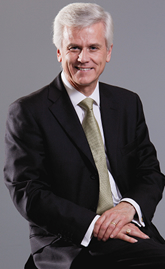 Professor of Strategy and Director of the Legal Services Institute

Stephen Mayson is Professor of Strategy and Director of the Legal Services Institute. He serves on a number of policy and advisory groups for the Legal Services Board, the Legal Ombudsman, the Solicitors Regulation Authority, the Bar Standards Board and the Bar Council.

Stephen is the author of Law Firm Strategy: Competitive Advantage and Valuation (Oxford, 2007) and Making Sense of Law Firms (Oxford, 1997), and co-author with Derek French and Christopher Ryan of Company Law (28th ed., Oxford, 2011). He is also a non-executive director and charity trustee, as well as a certified business coach, working with organisations and individuals outside the legal world.

Fay is an experienced executive director specialising in operational and strategic development and change management in both the private and public sector.

In her current role as Chief Executive of 7 Bedford Row, Fay has set up an LLP entity to work alongside the traditional chambers’ model to promote the sets international expertise and strengthen its contracting position.

Prior to joining chambers two years ago, Fay developed the programme for the creation of the UK’s Centre for Medical Research and Innovation, a £600 million research centre to be funded by the Welcome Trust, Medical Research Council, UCL and Cancer Research UK. Fay successfully created the legal entity, ensuring its compliance with the funders accounting rules and regulatory requirements and progressed the architectural design to achieve Planning Authority consent. Fay also built key relationships with the Centre’s numerous stakeholders including university provosts, local media, the BBC, Treasury, Scotland Yard’s anti terrorist division and local hospital trusts.

Prior to the UKCMRI, Fay assisted Reed Smith Richards Butler with their post merger activities and reviewed and implemented changes to improve the profitability of one of the UK’s largest patent attorney firms.

For 10 years Fay was a director and member of the senior management team that supported Lovells (now Hogan Lovells) through a period of significant growth and change. Fay was responsible for the firm’s new headquarters build, strategic business planning with the firm’s international managing partners, streamlining global operations, global business continuity planning, 500 staff and budgets of circa £100 million.

Fay’s earlier career was in health service management. She led the estates team responsible for building the second phase of Salisbury Hospital and the team that procured and implemented the country’s largest pathology analyser integrated computer system at Southampton Hospital. Alongside these projects, Fay taught science A’level and GCSE to mature students in an evening.

Justin began his legal career at Allen & Overy LLP in 2000 specialising in intellectual property and commercial law. In 2004 he was invited to join Eversheds LLP to develop their bioscience and pharmaceutical regulatory practice in the South East as a fee-earner and bioscience adviser. Justin then moved to Trigen Limited, a cardiovascular bio-tech, as Head of Legal in 2006 to help prepare the company for acquisition before joining BAE Systems Detica in 2007 as commercial counsel. He became Senior Counsel in 2009 with responsibility for structuring cross-border transactional work and implementation of the company’s corporate and commercial International expansion. Since joining, the Group was named Legal Department of the Year in the British Legal Awards in 2010.

Prior to joining the legal profession, Justin held a Queen’s Commission in the Royal Navy, and received a PhD in Cardiovascular Medicine and a BSc in Zoology from The University of Leeds. Justin is also a certified Survival and Bushcraft Instructor and is preparing to become a Master Reiki Practitioner. 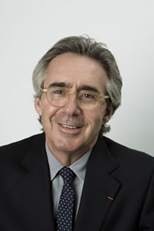 Peter was educated at the French Lycée in London, received his BA in Law from The University of Kent at Canterbury in 1974 and LLM from the London School of Economics in 1976.

Peter qualified as a Solicitor in London with Lovell White & King (now Hogan Lovells). He was then in-house Counsel in the automotive industry before becoming one of 4 co-founders of Warner Cranston, a firm which grew from 4 lawyers to 70 before eventually merging with Reed Smith which has over 1600 lawyers spread across 22 offices globally.

As Dean of Reed Smith’s School of Business Development (a major part of the firm’s ground-breaking “Reed Smith University”), Peter had responsibility for setting the School’s curriculum and personally running numerous interactive workshops and courses for partners and associate lawyers in the US, the UK and other countries where the firm has offices.

As a result of his French education, Peter has also been actively involved over the years in spearheading Reed Smith’s French Client departments, regularly advising numerous French corporations and Governmental organizations on their UK activities.

Peter’s background and experience over the past 30 years has led him to become passionate about cross cultural issues and their importance in building successful business and client relationships. Peter lectures regularly on cross-cultural awareness and on comparative business culture to professional firms and to multi-national corporations.

Throughout his career, Peter has held a number of senior roles including Managing Partner, Practice Group Leader and Client Development Partner. Peter continues to practice as a lawyer and serves as Deputy President of the French Chamber of Commerce in Great Britain and as Chair of its Intercultural Think Tank.

In 2003, Peter received the honour of being made Chevalier de la Légion d’ Honneur by the French Republic. 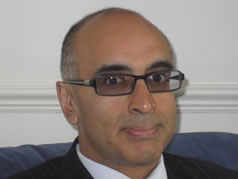 Sundeep qualified as a solicitor in 1992. He then worked in a practice in Basildon where he conducted litigation for a well known building society. From 1994 to 1999, Sundeep worked for a criminal law department of a major firm in Harrow, Middlesex. There Sundeep rose to become head of the criminal department. He also qualified as a duty solicitor in relation to both police stations and courts.

Since 1999, Sundeep has been head of his own firm. From 1999 to 2006, he conducted legal aid criminal work in Neasden whilst also practicing employment law. At the end of 2006, Sundeep decided that he would establish his own private firm, Beaumonde Law Practice, with a view to expanding his passion for employment law and offering uncompromised service to his clients. Sundeep qualified as a solicitor advocate in 2004 and conducts jury trials at the Crown Court. 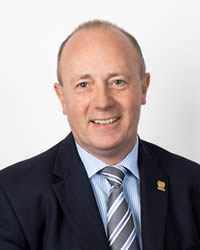 Tony Brown formed AGB Legal in 2010 to work with traditional (and non-traditional) Law Firms specialising in business development, performance improvement and organisational design & business structure. Tony has a wealth of experience and knowledge at board/senior level and is experienced in the legal services sector having previously worked as consultant CEO with a multi-discipline regional law firm and during this time gained one of the first 50 Alternative Business Structure (ABS) licenses granted in the UK.

Prior to this Tony enjoyed a successful and rewarding 20 year career with Lloyds Banking Group in a number of Senior Level roles in both the retail and commercial banking divisons.

At Lloyds Tony was instrumental in the design and delivery of a number of key initiatives specifically in support of Legal Services sector. Notably client charter events, business planning and strategy seminars, input into the design of financial products for Solicitors and the business lifecycle of a Law Firm.

He is passionate about helping businesses and business clients survive through the tough economic climate we currently see and also seek opportunities to thrive and grow. Tony believes the changing face of the Legal Services market presents great opportunities for those who seek to take full advantage of it.