Leaders in Finance – A Central Role in Law Firm Strategy 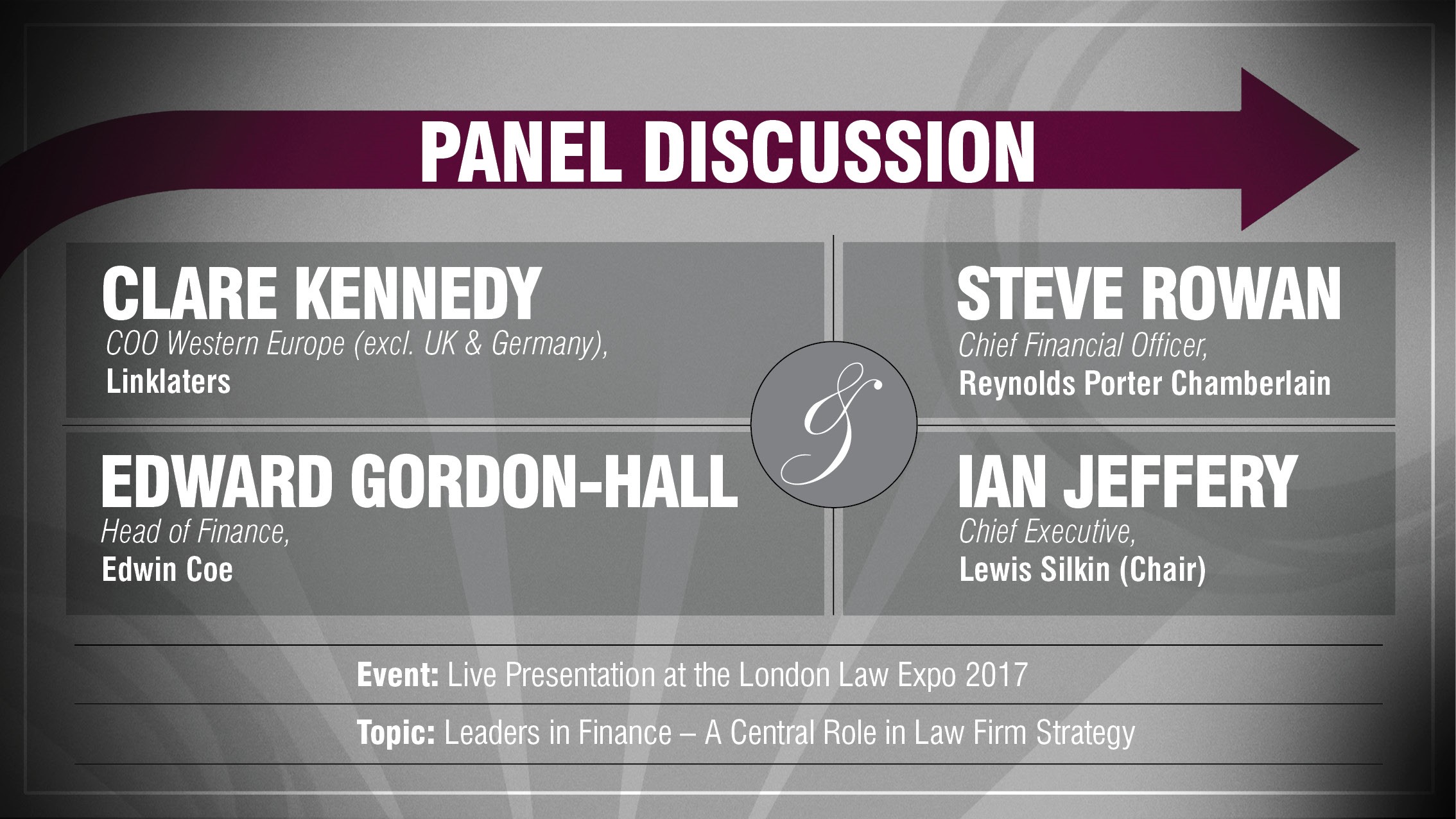 A chartered accountant with 25 years’ experience within leading professional services organisations. Clare has spent the last 17 years providing strategic, financial and commercial advice to the business through various roles within Linklaters.

Prior to that, Clare spent 8 years advising multinational corporate clients on tax structuring and advisory matters while with EY in New York and Amsterdam and Arthur Andersen in London.

Steve qualified as a Chartered Accountant with Touche Ross & Co (now Deloitte) in London before moving initially to a small merchant bank where he acted as the FD’s financial projects resource. He followed that FD to Dentons and then spent the next 11 years there, ending as Deputy Finance Director.

Steve joined DJ Freeman as Finance Director in late 2002 and had a leading role in the re-organisation of DJF into Insurance / Commercial Litigation specialist Kendall Freeman a few months later and in 2008 again played a leading finance and administrative role in the merger of KF with US firm Edwards Angell Palmer & Dodge. Steve remained Director of Finance & Administration of the enlarged firm, concentrating initially on the merger integration and finance & administrative affairs relating to the UK & Asia but always retained strong connections with the US. He became Deputy COO of the whole firm in 2012 concentrating on BD, marketing & communications.

Steve joined RPC as Chief Financial Officer in late 2015 and enjoys a wide finance-oriented role both in the UK & internationally. He sits on the firm’s Board.

Having initially qualified as an accountant with Moores Rowland International, Edward Gordon-Hall moved into law in 1998 and has since held FD/CFO roles with Lewis Silkin and Olswang. In addition he was Practice Director at Kilburn & Strode, a firm of patent attorneys in London.  Edward is currently at Edwin Coe LLP as Head of Finance, as well as working on a number of technology projects for the Firm.

Ian Jeffery is the Chief Executive of Lewis Silkin LLP having previously been the Managing Partner. He combines skills and experience as a specialist IP and technology lawyer with over a decade of senior management experience and an MBA from a London Business School.

His achievements include leading the strategic growth of the business and contributing to its national recognition as one of the Sunday Times Best 100 Companies to work for, eight times in succession.

Working with teams across the business, Ian has led change projects relating to technology platforms, knowledge management, partnership governance, appraisal and reward and new business ventures.  He is a regular conference speaker, writer and editorial board member with a strong interest in legal services innovation.