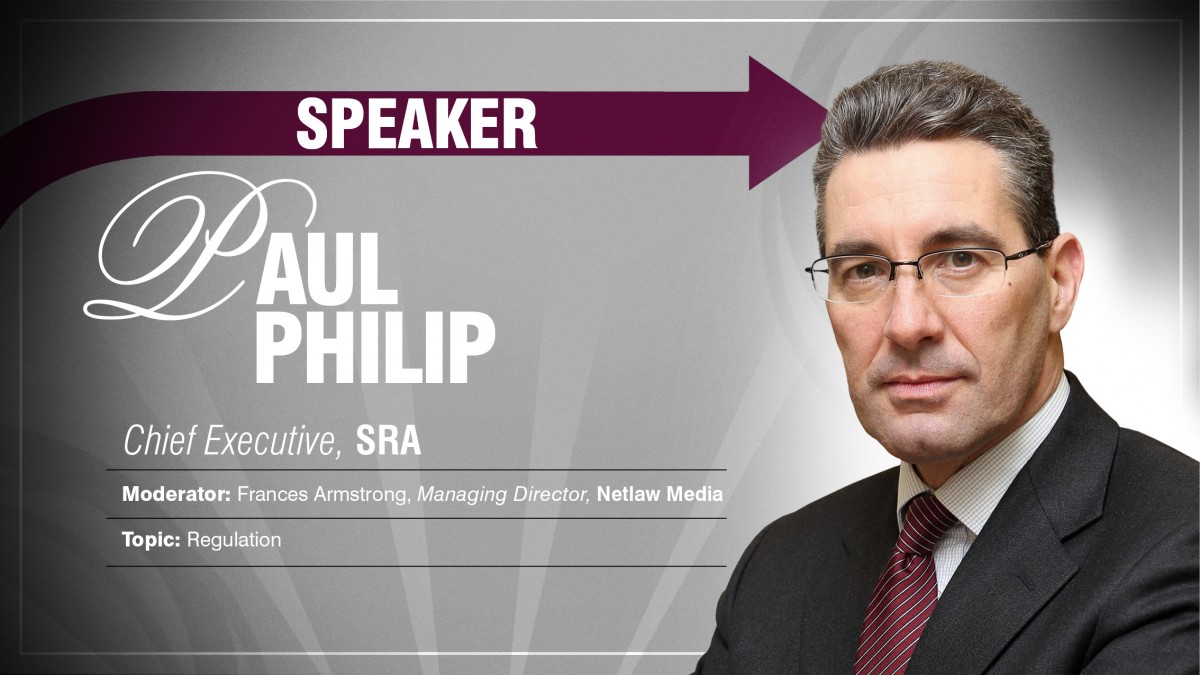 During this interview podcast, Frances Armstrong, MD of Netlaw Media had the opportunity to speak with Paul Philip, Chief Executive of the Solicitors Regulation Authority (SRA) about the projects that he is overseeing during his tenure. Paul shared his views on; the recent changes to the legal sector, future predictions, Alternative Business Structures (ABS) & an insight into his role as Chief Executive….

Paul took up his post as Chief Executive of the SRA on 1 February 2014. He was previously the Deputy Chief Executive and Chief Operating Officer of the General Medical Council (GMC) where he was responsible for leading all corporate work programmes, as well as delivering all the organisation’s core regulatory work. Prior to becoming the Chief Operating Officer at the GMC Paul led the GMC’s medical ethics and disciplinary functions reforming fundamentally the way in which the organisation conducts its business in these areas.

Paul has previously held senior roles in both the Legal Services Commission and the NHS.