Data Privacy and the Evolution of Client Phishing Attacks

With Social Engineering steering discussion within the threat landscape and phishing attacks remaining the most common attack facing professional services, cyber-defense strategies must constantly evolve to stay ahead. The increased targeting of law firms AND their clients poses a never-ending cycle of implementing robust measures internally including empowered employees and enhanced systems to keep attackers at bay. But how do you do you deal with new and innovative ‘Deep-Fake technology’ concerns that are penetrating everyday environments and that are prevalent in the world of white-collar crime.

Discussion points:
This roundtable discussion brings together key players within the sector on how to mitigate the loss of client information as well as breaking down the elements of risk.
• 2022 lessons & key challenges for firms & employers
• Spoof-proof
• New hybrid working – balancing risks & empowering employees
• Key concerns for legal firms – the rise in Deepfakes. 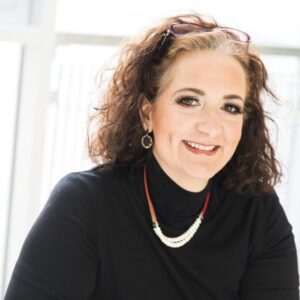 Heather is Managing Director of Anson Evaluate Ltd, a specialist Regulatory Compliance and Training Provider in the UK. Anson Evaluate delivers services through a variety in person training seminars, webinars, online e-learning courses and podcasts. Heather is also the editor and co-author of The GDPR Compliance Manual for Legal Practices.

Prior to moving to England in 2011, Heather developed online education and training courses via her company Professional Education Portal (“PEP”) as well as running her law firm, Anson Law, in Arizona for the best part of a decade. The firm focused on providing highly specialist regulatory advice to corporate clients, acting in effect as in-house counsel. Clients included a wide range of corporates advising on regulatory matters across multiple jurisdictions including Europe, China and Malaysia. Heather has continued to consult on multi – jurisdictional matters through niche law firm DigitalLawUK and has now advised clients from across North America, The European Union, Russia, and the Middle East.

Heather is a popular speaker and has appeared at events for the Law Society of England and Wales, the European Law Students Association, The Centre for Assessment (CfA), the American Bar Association and the Center for International and American Law. Most recently, Heather has been a speaker at the ICM, Lawyer 2050 in Tunisia and ILT’s Cybersecurity and Data Privacy Law Conference in Dallas. Heather has also been a visiting lecturer and professor at Universities in the United States and Europe, most recently teaching a course in Trieste, Italy on the Comparative Law of Social Media between Europe and the United States. 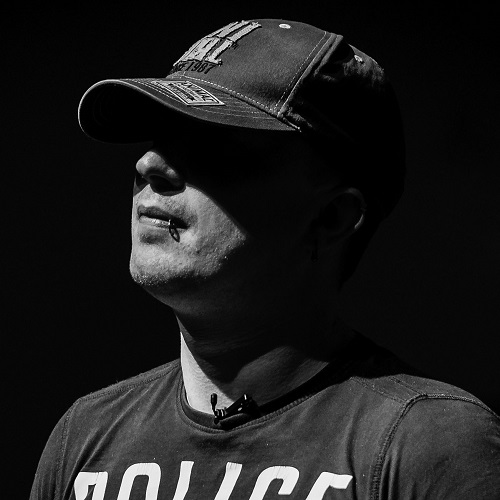 FC has held positions in his career such as Senior Penetration Tester as well as Head of Social Engineering and Physical Assessments for renowned security companies. Having worked as Head of Cyber Research for Raytheon Missile Systems, collaborating alongside intelligence agencies, he has cemented his skillset and knowledge whilst helping governments take correct courses of action against national threats.

Now Co-CEO and Head of Ethical Hacking at Cygenta, he continues to perform valuable research into vulnerabilities. His client list involves major high-street banks in the UK and Europe, FTSE100 companies and multiple government agencies and security forces.

His work demonstrating weaknesses in physical, personnel and digital controls assists organisations to improve their security. He is motivated by a drive to make individuals, organisations and countries more secure and better-able to defend themselves from malicious attack.

Outside of work he co-founded the Surrey and Hampshire Hackspace as well as the Defcon 441452 (Gloucester) ethical hacker group. He has been featured in books, international media such as the BBC, popular podcasts such as Dark Net Diaries, and regularly writes articles and blog posts. FC and his wife Dr Jessica Barker were Guest Curators of the 2018 Cheltenham Science Festival and are keen advocates of cyber security outreach, for example supporting TeenTech and the Cyber Security Challenge.

FC demystifies security with his expertise, humour and passion, delivering popular keynotes at corporate events, conferences and universities around the world. He specialises in teaching people of all ages and abilities the art of security in an engaging and impactful way.

Lilian Edwards is a leading academic in the field of Internet law. She has taught information technology law, e-commerce law, privacy law and Internet law at undergraduate and postgraduate level since 1996 and been involved with law and artificial intelligence (AI) since 1985.

She is the editor and major author of Law, Policy and the Internet, one of the leading textbooks in the field of Internet law (Hart, 2018). She won the Future of Privacy Forum award in 2019 for best paper (“Slave to the Algorithm” with Michael Veale) and the award for best non-technical paper at FAccT* in 2020, on automated hiring. In 2004 she won the Barbara Wellberry Memorial Prize in 2004 for work on online privacy where she invented the notion of data trusts, a concept which ten years later has been proposed in EU legislation. She is a partner in the Horizon Digital Economy Hub at Nottingham, the lead for the Alan Turing Institute on Law and AI, and a fellow of the Institute for the Future of Work. At Newcastle, she is the theme lead in the data NUCore for the Regulation of Data. She currently holds grants from the AHRC and the Leverhulme Trust. Edwards has consulted for inter alia the EU Commission, the OECD, and WIPO.

Edwards co-chairs GikII, an annual series of international workshops on the intersections between law, technology and popular culture.

Jack Chapman is an experienced cybersecurity expert and serves as VP of Threat Intelligence at Egress, where he is tasked with deeply understanding the evolving cyber-threat landscape to remain one step ahead of cybercriminals. Leveraging these insights and his extensive R&D skillset, Jack oversees the product development for Egress Defend, an inbound threat detection and prevention solution that mitigates all zero-day phishing attacks.

Prior to Egress, Jack co-founded anti-phishing company Aquilai and served as their Chief Technology Officer, working closely with the UK’s intelligence and cyber agency GCHQ to develop cutting-edge product capabilities. Aquilai was acquired by Egress in 2021.

Our vision is for a connected world in which people communicate efficiently and securely. To achieve this, we provide human layer security to protect individual users

and stop breaches before they happen. Our patented technologies are built using leading-edge contextual machine learning and powerful encryption that mitigate modern risks in ways that other solutions simply can’t achieve.

Today, we provide intelligent email security and collaboration solutions that prevent accidental and intentional breaches, protect sensitive data, and equip CISOs and their teams with the detailed reporting required for compliance purposes.

Egress is headquartered in London, with regional offices in the UK, the US, Canada and the Netherlands.