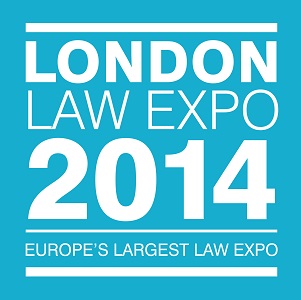 Staged at the Old Billingsgate, London on Tuesday 14th October 2014, the ‘London Law Expo 2014’ was Europe’s largest conference and exhibition for senior management from the legal profession.

With presentations led by some of the most respected names within the legal and commercial worlds, the ‘London Law Expo 2014’ presented a wide array of sector focused information to assist law firms and legal businesses increase their overall performance . 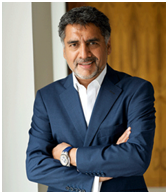 On the 14th October 2014, Netlaw Media was privileged to present James Caan as Keynote Speaker of the London Law Expo 2014.

James is one of the UK’s most successful and dynamic entrepreneurs. He made his fortune in the recruitment industry, which included the global success of his companies, Alexander Mann Group and Humana International, and he has been building and selling businesses ever since. In 2004 he founded private equity firm Hamilton Bradshaw based in London’s Mayfair. The company specialises in buyouts, venture capital, real estate and now manages a portfolio of over 30 companies.

James is best known for joining the panel of the hit BBC show Dragons’ Den, where he invested in 14 companies and committed over £1m of investment, over 4 series’. In 2012, he was approached by CNBC to host The Business Class, a series which sees him joined by experts from a cross section of industries, looking at the challenges and opportunities faced by UK SMEs. Each 30 minute episode featured an innovative business which was seeking guidance to help it grow in the market place. The popularity of the series saw it recommisioned for a second series in October 2013.

James has received various prestigious awards including ‘BT Enterprise of the Year’, PricewaterhouseCoopers ‘Entrepreneur of the Year’ and Chairman of the Year at the International Business Awards 2013.

This Event is Scheduled to Return in 2015